Psychology in the NHS 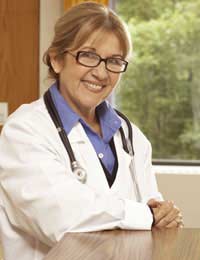 The NHS is probably the single largest employer of psychologists in the UK. Many work in multi-disciplinary teams that deal with mental health issues. The work involves primary health care (basically health promotion, and dealing with people in community settings) or secondary health (in particular Neuro-Psychologists and Clinical Psychologists who specialise in helping people cope with pain). The work can also involve working with patients who are in hospital having been committed by a psychiatrist.

It is common for psychologists to work with other mental health professionals such as psychiatrists, physiotherapists, mental health nurses and social workers.

The various articles on this website discuss the different career paths in psychology, and, as noted, most of them can involve working for the NHS. In the main psychologists in the NHS come from Clinical, Counselling, Health and Exercise disciplines. However, all types of chartered psychologists work in the NHS. The work can involve:

Different psychological disciplines will deal with these issues in different ways.

Another key role for psychologists in the NHS is the evaluation of policy and the development of research based approach to treatment. This research can be into issues such as addiction, particular issues in mental health such as Post-Traumatic Stress or treatments such as Cognitive-Behavioural Therapy.

In both England and Scotland, there has been a steady move to treat patients with mental health difficulties in the community rather than in hospital. In England the 2007 Mental Health act now provides the legal basis for the provision of mental health and covers both psychology and other relevant professions. In this sense the new arrangements in England move towards the current structures in Scotland.

A key goal is to reduce the use of medical (i.e. psychiatric) intervention in mental health and again, the likely outcome is for psychologists to deliver health provision in co-operation with other professions rather than in specialised psychology departments.

The different papers on this website detail the specific training routes for the various professional routes within psychology. Once you complete the appropriate training, you will need to apply for a job in one of the various NHS trusts or boards across the UK. You will initially be appointed to a Grade A post (some will indicate the relevant pay points) which runs from £22,000 to £42,000. More senior (consultant) posts start at £40,000 and run up to almost £70,000.

You will tend to progress in your career by applying for particular jobs rather than expecting to be promoted in situ. To some extent speed of promotion is dependent on the overall level of funding available for mental health provision both in the NHS in the whole but also in a given area.

The NHS is the major employer of psychologists in the UK. It thus influences the training programmes, salary scales and the availability of jobs.

Psychology in the Military

Working as a Movement Psychologist

Working as a Speech Psychologist