Home > Aspects of Psychology > What is Social Cognitive Psychology?

What is Social Cognitive Psychology? 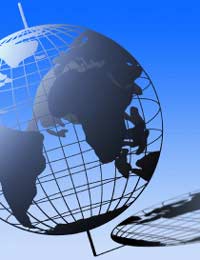 The field reviews a range of ways in which we interpret the world. So the research looks at the formation of our social identity, how we interpret events and how these issues influence how we store and retrieve information from our memory. The field also considers the creation of ideology and how, once formed, this presents different ways of seeing the world. This sub-field, sometimes called Constructionist Psychology, has an interest not just in how beliefs influence our behaviour but also how they are created, maintained and can be changed.

Social Cognition looks at language as something we use to give meaning to the world. An example of how different uses of language influence both what we see, and how we judge others can be taken from the reports of some early arctic explorers.

The early European explorers believed that the local Inuit tribes were inefficient in how they travelled across the landscape. However, unlike the Europeans they were often not trying to go anywhere, but were moving in search of food and to minimise the environmental impact on a particular area.

When the Inuit were given access to European telescopes their initial comment was that they “could see tomorrow”. This statement makes sense in terms of Inuit practice – the extra distance they could now see allowed them to spot food not just for today but for tomorrow as well. At the time, of course, it was seen by the Europeans as evidence of backwardness and of the Inuit being unable to separate distance from time.

A field within Social Cognition is the study of how we make sense of events, particularly in work settings. This is called “sensemaking”. This studies how employees make sense of information at work, how groups come to shared opinions and how all this affects future actions. The process can be active, taking on board new information, considering how best to relate this to existing knowledge and altering past opinions to accommodate the new information. It can also be passive, leading to the rejection of new information if that does not fit existing beliefs.

In a large organisation this goes some way to explaining why different groups from different professional backgrounds (eg marketing or manufacturing) can disagree about the nature of a problem and the solution (or at the extreme as to whether anything is wrong). Practical applications of this area of research can be in encouraging inter-group co-operation and understanding.

Social Cognition also considers the creation and use of metaphors, myths and analogies to understand how individuals make decisions in group settings. Commonly when faced with something new, we will seek to describe it in terms of something we already know – “that is like … “ and all cultures have their own shared stock of examples and stories that can be used. Equally such meaning may vary over time or between groups. So to describe an event as “the biggest mistake since Suez” will be meaningless to many, but a very powerful analogy to others. Use of such language can clarify a situation or exclude depending on the situation.

Research in social cognition is often applied in real world situations. The insight it offers is in how we interpret information and how this interpretation is a product of our personal and social history. Thus it is used to study the variations of beliefs between individuals and also how and when people will change their views about events.