Home > Aspects of Psychology > What is Biological Psychology?

What is Biological Psychology? 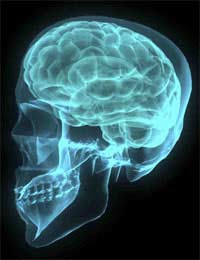 Biological Psychology integrates research from genetics and physiology to understand human behaviour. As a field it underpins the work of Neuro-Psychologists.

It is sometimes a contentious field, its supporters suggest that it reveals some core information about human behaviour and other psychologists suggest that merely knowing what happens in our brains tells us little about why.

Recent research, for example, has looked at how we use different parts of our brain when undertaking risky actions. The same research also suggests that our bodies come to enjoy the sensation of risk thus there is a danger (in many situations) of such behaviour becoming reinforcing. Similarly, our bodily reaction to exercise can lead to reinforcement due to the physical sensations.

Study Of The Structure Of The Brain

Psycho-Biology has a strong focus on the structure of the brain and how the different areas of the brain are connected with different emotions and types of thinking. The research has also considered how someone who has suffered brain damage can overcome the resultant disability by learning to use a different portion of the brain.

Researchers in this field often work with patients who have suffered strokes, other brain injuries or suffer from a chemical imbalance that upsets their thinking.

The work can also involve in the development of medication to help manage psychological conditions such as schizophrenia and the early stages of Alzheimer’s disease.

This field can also look at the very early stages of human evolution, how our brains developed and how those changes in turn allowed new cognitive skills (tools, speech, socialisation) to emerge.

Most disciplines within psychology consider how we interpret what we see. Within Biological Psychology the focus falls on the make up of the eye, how the retina works and how our brains spot and sense motion, colour and shapes.

Again the field sits somewhere between a purely medical understanding and one that has issues in common with more mainstream psychology.

The study of mental illness is an obvious focus for psycho-biologists. Here again the focus falls on the effect of, for example, depression or schizophrenia, on brain activity (as opposed to understanding how depression alters how we think about the world and interpret events).

Again, this means that psycho-biologists have as much in common with medical research as other fields in psychology. Practical applications of this approach to understanding mental illness can be the development of more effective medication that seeks to offset the physical symptoms.

Psycho-biology can be seen by other psychologists as a controversial field. The critics say it tends to describe rather than explain and fails to understand cause and effect. So is depression caused by changes in our brain chemistry or are those changes a consequence of being depressed? The other common criticism is it supports what is seen as an over-medical model of mental health. The stress on treatment by drugs is at variance to the emerging model across the UK.

Most psychologists believe the field underestimates the importance of social factors and of patterns of thinking in causing and maintaining mental illness.

Many psycho-biologists do not dispute the complaints raised by other psychologists. Instead they argue that human behaviour is fundamentally about biology and genetics and that in understanding this they can offer fundamental insights.

If you wish to work as a Neuro-Psychologist you should seek to study at a University that offers biological psychology as part of its undergraduate degree.