Home > Case Studies > I Struggled to Deal With Difficult Cases: A Case Study 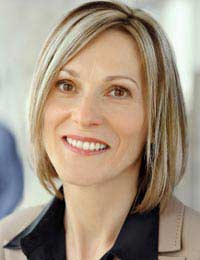 For Theresa West, 34, from Norfolk, working in the Early Intervention Team within the local NHS Primary Care Trust was the culmination of a lot of hard work, studying and determination. The only problem was that she was not prepared to deal with was just how demanding the job would be.

Theresa explained, “From a young age I knew I wanted to work in the health service, but I wasn’t entirely sure in what capacity. During my nursing studies, I was able to work with a number of NHS departments as part of a placement scheme, and it was during this I came into contact with the Early Intervention Team and appreciated what excellent work they do.”

Although Theresa was unable to deal with specific patients during her placement, due to the intensely confidential nature of the role, she was impressed with the services provided and the fact that the people she was shadowing seemed fulfilled and rewarded.

After completing her studies, and taking the relevant additional training, Theresa started work as a Mental Health Support Worker with her local Early Intervention Team. The EIT is the NHS team between the patient and the mental health residential services and is usually the first port of call for people suffering with mental health issues, and their families. There is usually a team appointed to each patient, depending on the nature of their needs, and they stay with the patient for as long as required, involving counselling, emergency care, ‘buddy’ schemes and longer term (although not usually ‘long term’) mental health support.

Theresa continued, “Right from the start I was acutely aware of how involved the job is – which is essentially one of the reasons I was so drawn to it in a vocational sense – but I had really underestimated how some particular people and cases can get right into you and it’s hard to see it as ‘just a job’. I never wanted to be desensitised to my job, as I think that’s what makes all the difference – when you remember that each patient is a person with hopes and dreams and families. But I was just so exhausted all the time. I would find myself awake in the middle of the night and a detail from the day’s counselling sessions would go through my head.”

Theresa spoke to her boss about how much the work was affecting her, and was pleased that there was a structure in place to help her deal with it. She explained, “I wasn’t keen to go straight to my boss because I thought it looked like I couldn’t handle the work, but thankfully she was pleased with my performance. I explained that I was finding it very difficult to switch off from the more difficult or emotional cases, so I wasn’t sleeping well, which in turn was making it hard for me to stay positive. My boss explained that this was a well known part of the job and encouraged me to have a ‘break out’ session with her or another colleague at the end of each shift to try to get the more difficult details out in a controlled, confidential environment.”

This idea certainly worked well for Theresa, and she has continued to do this at the end of each shift as well as encouraging her colleagues to do the same. This has actually fostered a very strong sense of team work within the EIT, with the department noting a reduction in staff turnover in what is a notoriously high-turnover role.