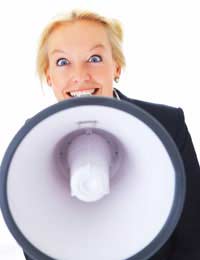 Marketing makes considerable use of some theories developed by psychologists. This can be as diverse as understanding consumer behaviour, to arranging shelves in a supermarket so some products catch the eye to studying individual behaviour for clues that an individual is interested in buying a particular item.

Most of this research is a genuine application of psychological theory to a practical environment but some applications are ethically dubious.

Our behaviour when deciding what, or what not, to buy is almost all grounded in the psychology of decision making. As noted elsewhere on this site, this is a broad field in psychology drawing in a wide range of disciplines.

Many of the shorthand means used by market research companies to describe shoppers etc are based in psychological theory.

For example, a chain of record and DVD stores coined the phrase “50 quid bloke” as they noticed that most customers either left without buying or spent around £50.

A key research finding is that in theory each purchasing decision should be made using the same rules but in reality we operate with a set of loose thresholds. Thus the decision to buy or not is important (time can play a function but it is the basic decision to commit money or not that is important) and then we may have an upper limit of what is reasonable to spend on CDs. Between these two thresholds people may be less careful in weighing up each decision.

A slightly ethically abusive application of this insight is when additional costs are only added on late in the purchasing process. So someone might spend, say £500 on a laptop, but not £600. However, late in the purchasing process the option to buy something additional for just £100 can be introduced. In this case the sales person is relying on what is known as the theory of “sunk costs”, whereby we see £500+£100 as in some way being less than £600 (or more strictly we are more likely to purchase if the issue is presented this way), as the new item only costs £100 (as opposed to the package costing £600).

Another quirk in decision behaviour is that for some reason we see gaining something as more important than losing it. So someone trying to sell a bathroom will seek to present the total cost as high as possible and then offer “savings” by trading down in quantity or quality. Psychologically we value these gains and can end up spending more than we planned.

Psychologists have long known that people will pick objects in a display according to where they are located (upper left hand side usually). These relatively neutral experiments in visual perception (often just asking someone to indicate a square in a grid) are of course used by bookshops and supermarkets in laying out goods. Those they favour will end up in this position, others on the bottom right hand shelf.

Most of us give off body and visual clues as to our real feelings. So we may be negotiating with a car salesman and trying to imply disinterest so as to minimise the price. However, unless we are very careful we can easily reveal what we really think. Again, the use of psychology in this domain is ethically rather dubious but it is something to bear in mind. Carpet sellers in Marrakesh seem to have the same insight from hundreds of years of experience.

Psychology is used within marketing in a variety of ways. Most are a perfectly legitimate use of findings in areas such as human decision making. As such, some psychologists actively study consumer choice and the findings add to our understanding of decision making.

Working as a Criminal Psychologist

Psychology in the City