The History of Psychology 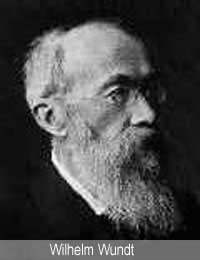 The study of the mind and behaviour as a subject of interest reaches back to both ancient Greece and Egypt, with psychology essentially regarded as a part of philosophy until very recently.

Famous ancient philosophers such as Socrates and Confucius are often quoted and the influence of old ideas, theories and schools of thought remains relevant today. Much as many ideas, such as Socrates’ moral concepts, are still influential, others, such as the study of phrenology, whereby the bumps on the scull are thought to represent certain personality traits and problematic issues, are no longer considered accurate.

As with any scientific study, new ideas and theories can only be discovered in response to the questioning of the thoughts of others, so the history of psychology has largely developed as modern studies are conducted to prove, disprove or reactivate commonly held beliefs.

Who Coined the Term ‘Psychology’?

The term ‘psychology’ as a subject in its own right was coined by German thinker Wilhelm Wundt in 1879, in his well-known Study of Self. Up until this point, psychology, as a branch within philosophy, was considered a largely clinical, scientific subject. Wundt’s study showed how the mind is certain to be very different to other parts of the body in that one’s experience plays a large part in the development of the mind.

By the late 19th Century, psychology was gaining increasing importance in intellectual circles, with the general school of thought focusing on the perhaps more psychiatric aspects. This view was challenged when influential psychologist Sigmund Freud published his famous study on psychoanalysis, bringing forward a new way of looking at the sense of self and how it is created.

The behaviourist school of psychology became popular in the early 20th Century, with the view that any physical action is a behaviour, so actions, thoughts and feelings are all behaviour, rather than ‘of the mind’. Although this approach was widely respected for many years, it is now no longer generally accepted, although elements are still seen in the popular cognitive behavioural therapy that is practiced today.

By the middle of the 20th Century, behaviourism had been replaced by a more cognitive approach, so the scientific, measured views of behaviourists fell out of fashion. With the wider acceptance that psychology is the study of the mind and that the mind can be influenced by all manner of experiences, genetic differences and personal development, psychology is now more accessible than ever before.

It is now both more common and more accepted that a person of any age can be referred, often by their GP, for therapy with a trained psychologist, usually with a particular interest in the area of their lives that requires some assistance. Some types of psychology can be used in different ways, for example cognitive behavioural therapy, or CBT, is a popular form of ‘talking therapy’ for issues including mental illness, bereavement counselling and dealing with personal trauma.

A Science or Humanities Based Psychology Degree Course
Share Your Story, Join the Discussion or Seek Advice..
I am very interested in this field, I worked as a travel consultant for 13 years and then onto now a care assistant,i find myself more listening andgiving advise to clients and thrive on the positive outcome I get from them. I can relate to all emotions and always know how to turn the negative into positive . I would like to know were I begin, any information appreciated. Thanks Sian
sian - 31-Jan-18 @ 10:54 PM
Title:
(never shown)
Firstname:
(never shown)
Surname:
(never shown)
Email:
(never shown)
Nickname:
(shown)
Comment:
Validate: